The Last Harvest Basket of the Season... 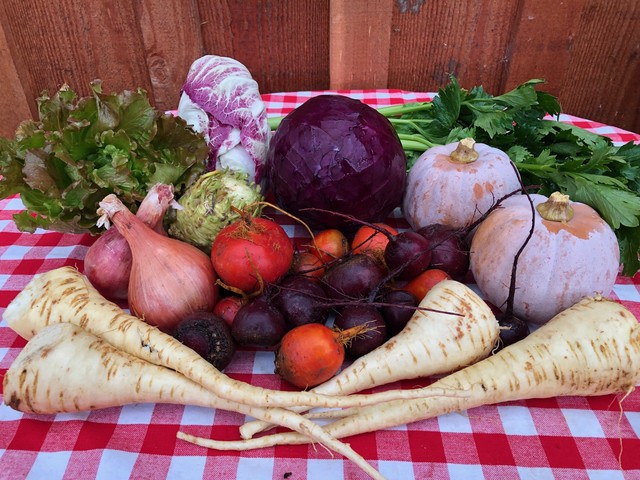 Thank you All for your CSA Support this Season!!!

Here we are in Week 28 - your final CSA tote for the season! Looking back, it's been a great season overall: no major catastrophes, an all-star seasoned crew, good-to-great yields in most crops, and a not-too-hot summer (even if it was scary dry here and apocalyptically hot elsewhere). All told, when we take into account every item we put into a Harvest Basket this year, the total value of a share added up to $1006.86 - about 15% more value than the $865 we charged for, or a bonus month's worth of produce. That's often one of the perks of being a CSA member - quite a bit of free food! :)

Every year - for the past 13 years of doing the CSA - I've strived to fine tune and improve the CSA share to make it as diverse, colorful and abundant as possible for our members. It's a great challenge, and it's fun to look back at photos of the CSA shares we've put out over the past decade and see how things have changed and evolved. We are definitely farming better than we were in 2008 and the farm is more diverse than it's ever been. The main focus of my crop planning this year is Brassica reduction: trying to cut back wherever we can on the number of beds of broccoli, cabbage, cauliflower, turnips, radishes, romanesco, kohlrabi, kale, etc. that we grow. It's a tricky task, because these are the crops that thrive in the cooler weather of winter, spring and fall, and carry us through the shoulder seasons. We need them in the mix, without a doubt.

But I've also started to consider a theory, based on some fascinating things I've learned about soil biology this year, that Brassicas are connected to our relatively new problem with symphylans (those little soil-dwelling arthropods that feed on root hairs and stunt seedlings, usually causing partial or complete crop failure). Most plants on planet earth have a mutualistic association with mycorrhizal fungi: plants provide food (sugars and carbohydrates) to the soil fungus, and in exchange the fungus gathers water, minerals and nutrients for the plant using its network of threadlike hyphae. Research is slowly helping us understand that most plants could not survive without this symbiotic relationship with beneficial soil fungi.

One of the few exceptions in the plant world is Brassicas. They do not have a symbiotic association with mycorrhizal fungi, and in fact Brassicas produce certain chemicals that can be toxic to soil fungi.

So what's all this have to do with symphylans? Well, it turns out that symphylans like to eat soil fungi. It's their primary food source. But in the absence of fungi, they will munch on root hairs instead. Therefore, if we're growing too many Brassicas we might be inhibiting the population of soil fungi and inadvertently driving the symphylans to eat the roots of our crops instead. That could be why we experienced an almost complete crop failure in our early spring Brassicas at the start of 2020, and why we are seeing symphylans pressure in various parts of our field. We have been "treating" the problem by growing potatotes in the afflicted areas. Potatoes mysteriously "clean up" the symphylans problem for a few years, proof of which we saw in our fall Brassicas this year. Where we had the 2020 spring Brassica crop failure, we planted potatoes last year. Then this season, we crossed our fingers and planted our entire fall and winter Brassica field there (a scary gamble, given how important those crops are to our fall production and our winter CSA). It ended up being the most vibrant, beautiful field of Brassicas we've grown in years, suggesting that the potatoes worked their magic, at least temporarily. 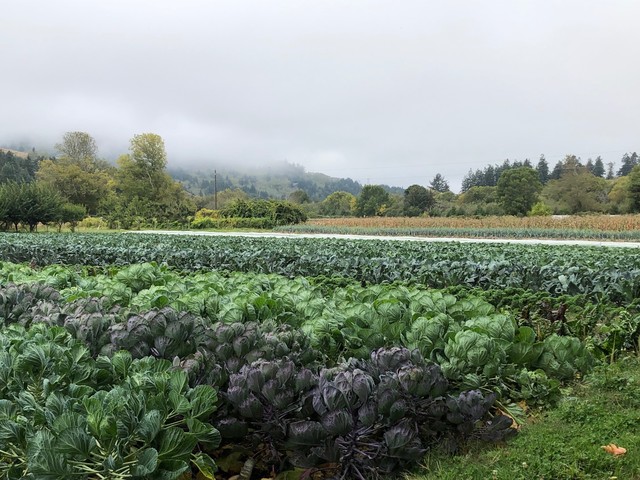 Even if we have the potato trick up our sleeve, I'm still interested in bringing the farm into better balance below ground, which is why some of our Brassica beds are getting the axe. I doubt you will notice a huge difference in the CSA next year, but we might not have as much extra to sell into our other market channels, like the farmstand or wholesale.

This is what my desk looks like right now, and will continue to look for the next month or so as I work through our massive crop planning spreadsheet - some crops getting deleted from the mix, and other new ones being added. It's that time of year when I'm farming a little more with my brain and a little less with my brawn. 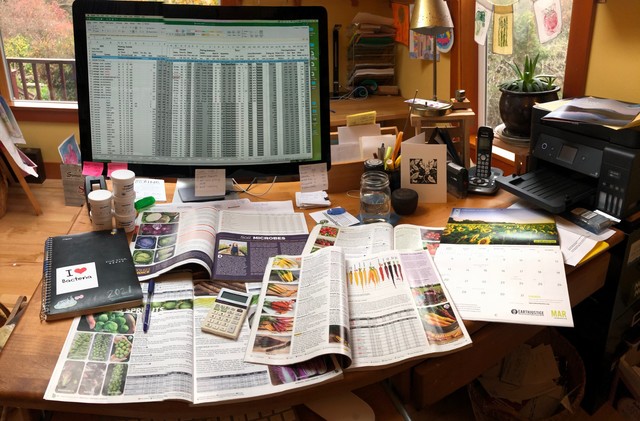 I hope you'll join us next season (sign-ups for the 2022 season will likely begin sometime in late January or early February)! And if you're a winter CSA member this year, we'll see you in January!

Thanks again for your support this season, and happy solstice and holidays to all! 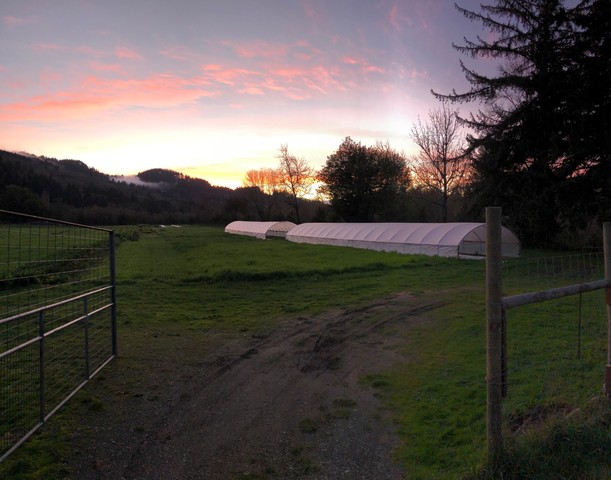